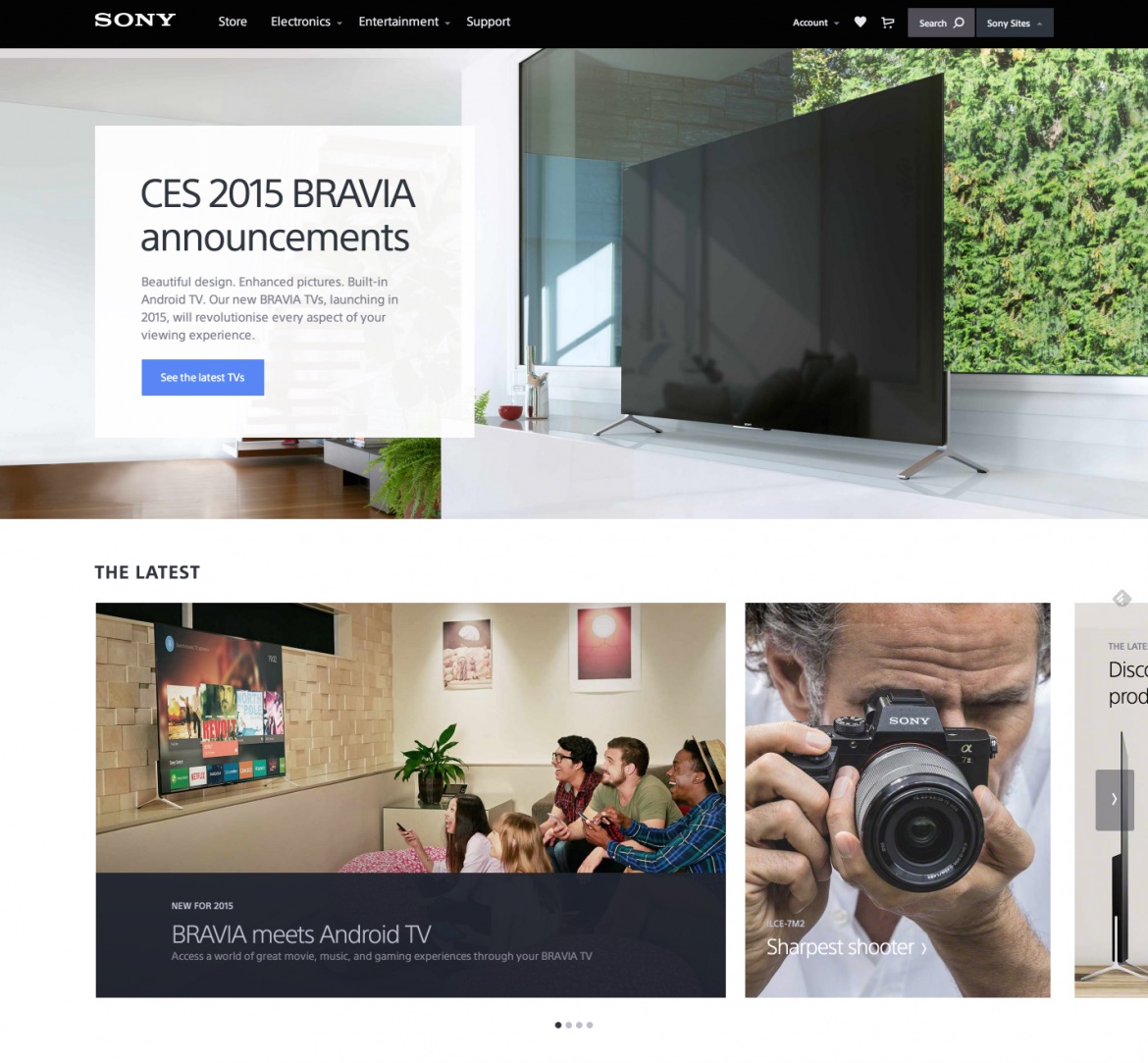 Combine all of the individual Sony sites and create one massive site that can be used globally. Taking on a project like this required puzzle piecing a lot of different APIs, connecting to all Sony products and displaying the products only in the markets they are being sold in, including extensive language packs for all global markets and including fonts relative to the market.

Throughout my time on this project, one of the major tasks performed was the creation of new modules for the site and connecting them to the CMS to be able to be used by the Content team who normally assembles the pages and bring the site to life. I worked closely with the Content team making sure modules were easy to add to a page and the proper fields were added to the CMS. Working with the team was especially helpful in the case of custom modules that were built for specific products or pages.

As the amount of modules grew and grew, and each one had a number of customizations possible, we needed a central place for the Content team and Designers to view each customization to see what was possible on the site. Luckily, we were able to allot some time to the creation of a Module Library for internal use. I was put in charge of organizing and assembling all the modules in one location. I needed to verify that each module had it’s own page and that each variation was included and named appropriately for ease of use by the Designers and Content team. I managed the timeline for getting them all done and created tasks for the team to complete for each sprint. This turned out to be exceptionally helpful when it came to testing newer modules and identifying issues with the responsive nature of the modules.

Overall, the Module Library helped all teams in a way that streamlined the creation process of new pages. Each team had access to the library. Designers could quickly look through different modules and decide the layout of the page and express to the Content team the exact Module and version they wanted. The Content team could easily pull in the right modules and grab the exact configurations from the library. By the time I left, the teams were working together more efficiently than ever before.

One of our biggest tackles was that of language support. We had in place global language packs for content that was used throughout the site. Then each page was translated via the Content team through the CMS for accurate translations. The next step was making sure each had a font that supported these languages. But the last thing we wanted to do was include every single character in every single language and load it for everyone. That would severely impact load time of the site. I was tasked with breaking up the font in chunks: Latin Extended, Cyrillic, and Greek were the first markets we were targeting when I began working out a font solution. From there, I created a server call to grab the location of the user and if they had already set up their language settings in previous visits to the site. Depending on the location and settings, the proper font would be served. This greatly improved the site load time and continued to be helpful as the site covered more markets.

Into the Woods Contest
Call of Duty®: Ghosts