Warning: log() expects parameter 1 to be double, string given in /home/nesser5/public_html/vgportfolio/wp-content/themes/pure-theme-child/functions.php on line 218 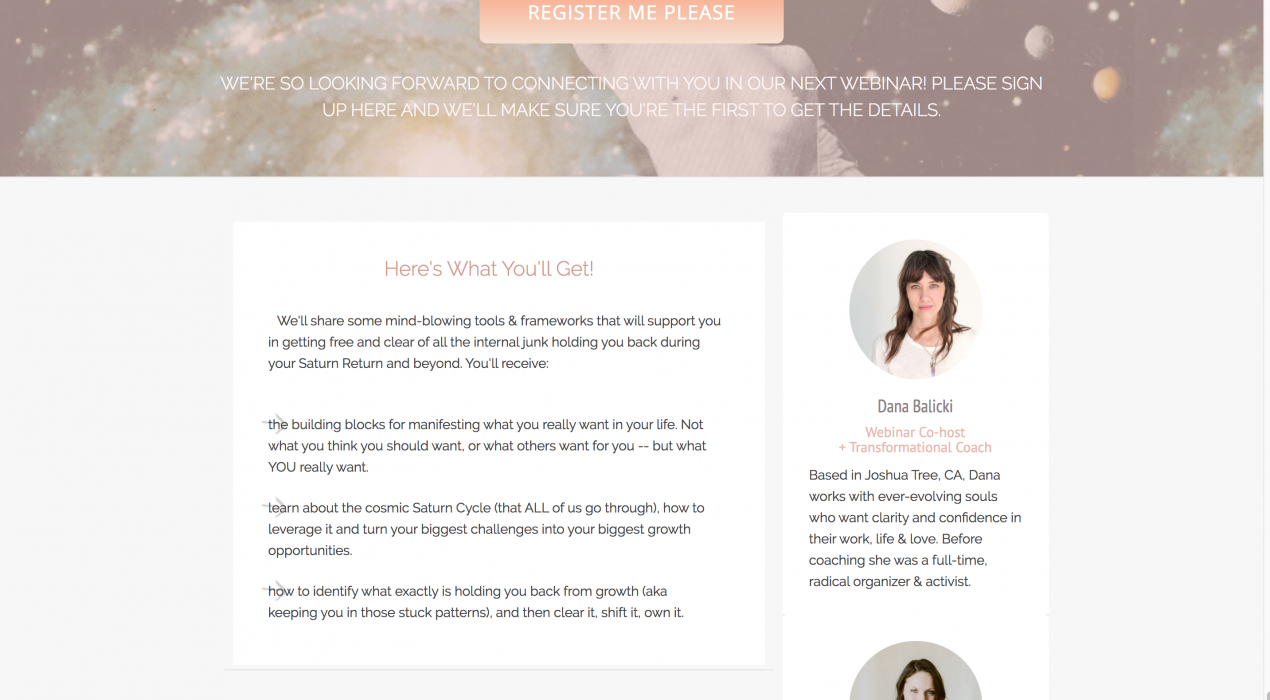 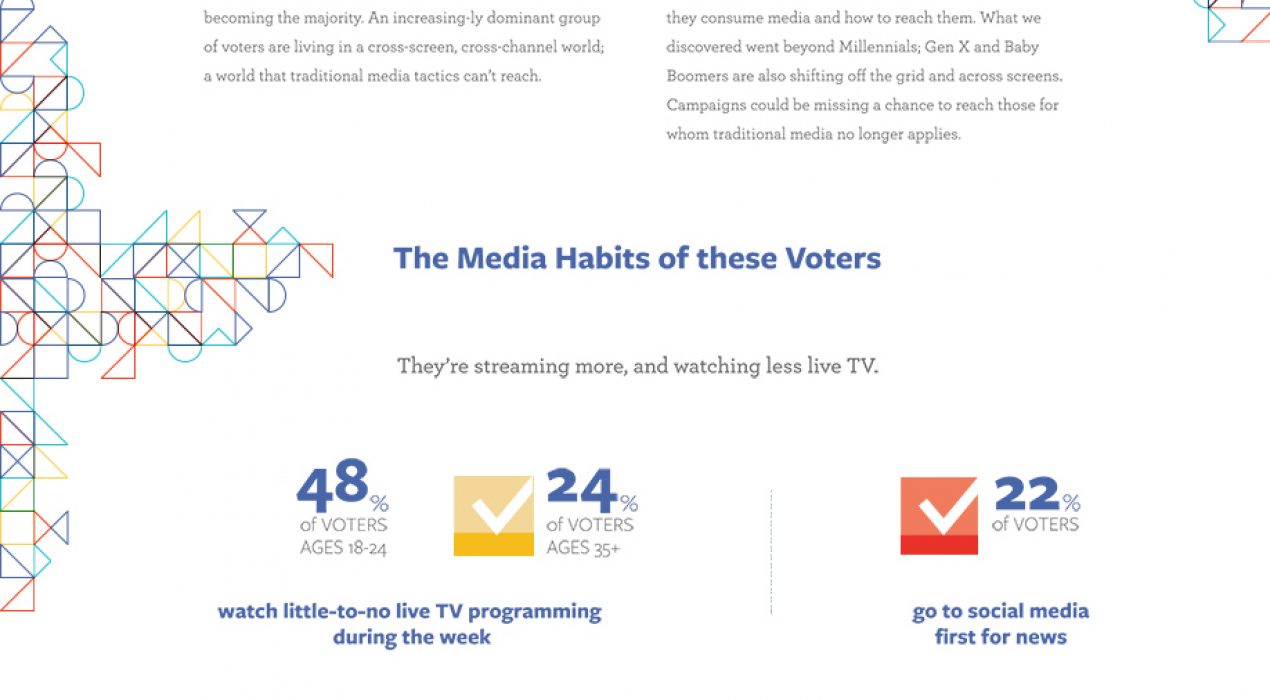 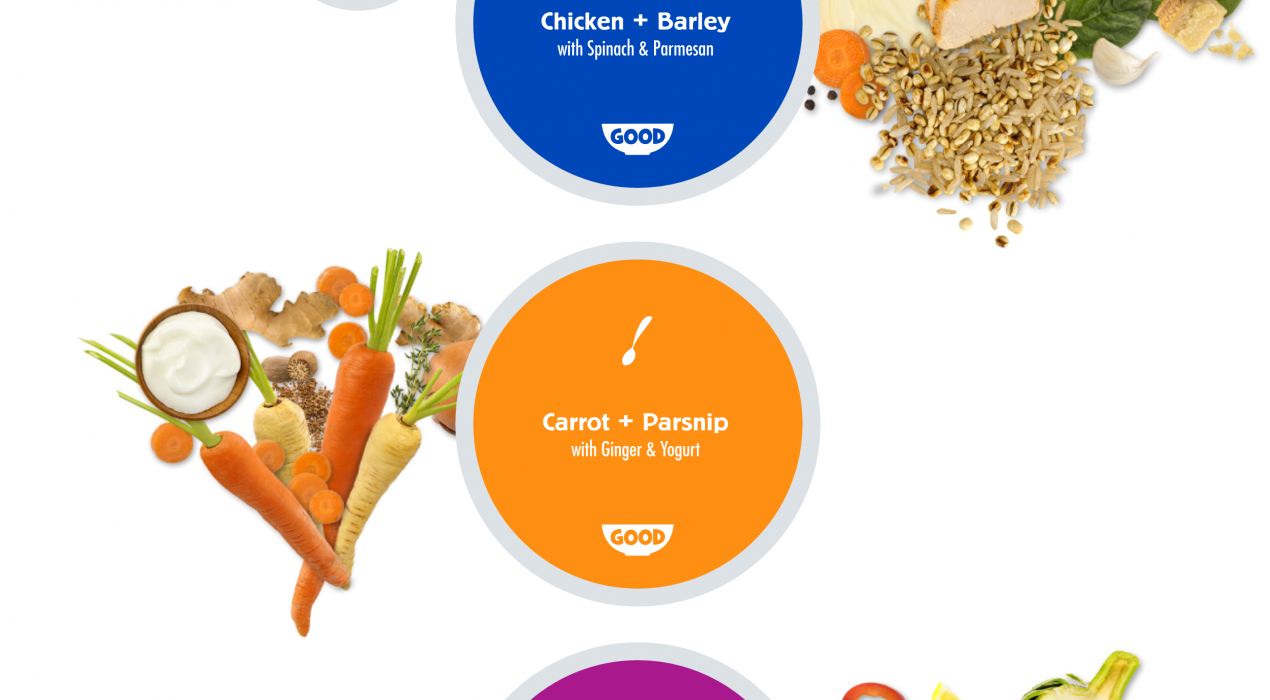 0
6425
0
Development, Wordpress
Vgarcia
Goal: Create a responsive site showcasing the My Goodness Soups™ product line from Campbell’s and hooking into their store locator API. This was a similar structure as the 1915™ development process. The biggest integration being working with the Campbell’s development team to plug into their API. The store locator map was customized in a way where the client could pull data from a stored database but switch to live data from their API when they were ready. The contact form was forms all in one with different validation requirements for all six types of inquiry. This contact form also had to be sent to the Campbell’s API using OAuth for authentication of posting the form. Due to time constraints, some of the HTML and JS from the Campbell’s contact form had to be reused and modified to work with the new API. However, all OAuth code was hand written in PHP, translated from a .Net example provided by the Campbell’s Development team.
Read More › 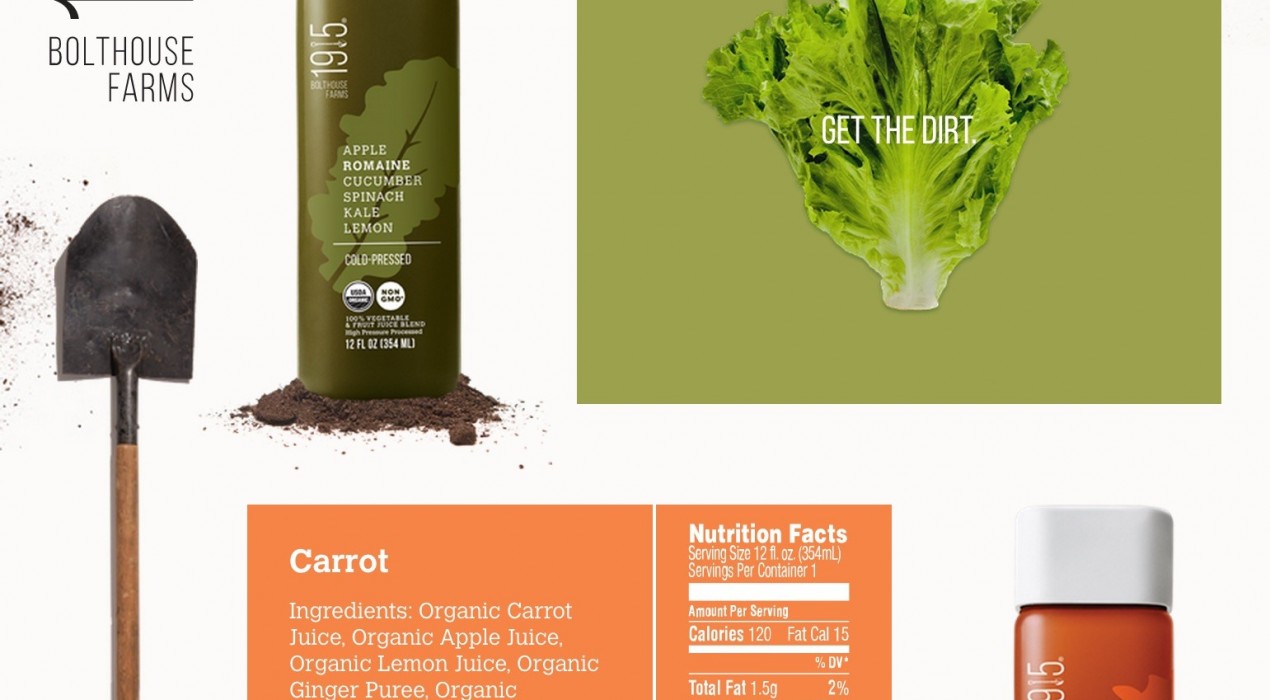 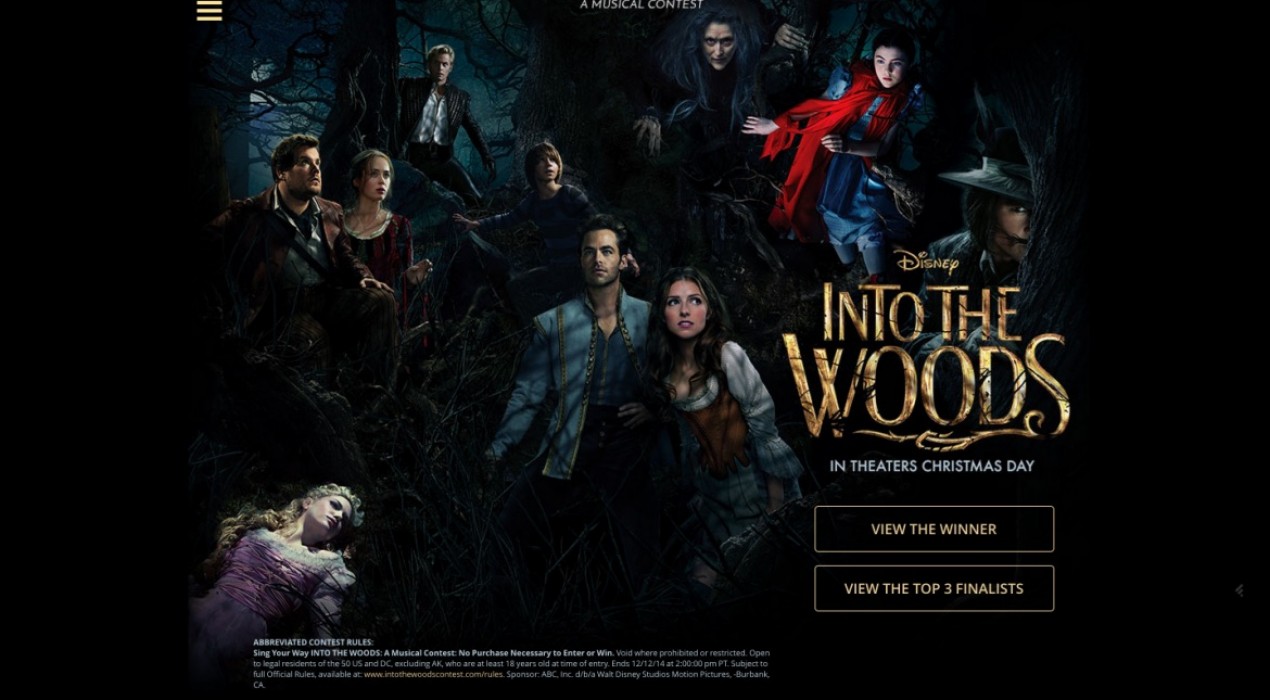 Into the Woods Contest

0
7837
3
Development, Wordpress
Vgarcia
Goal: Create a micro site to help promote the movie “Into the Woods” by hosting a contest for users to record themselves performing one of the defining songs of the movie.
Read More › 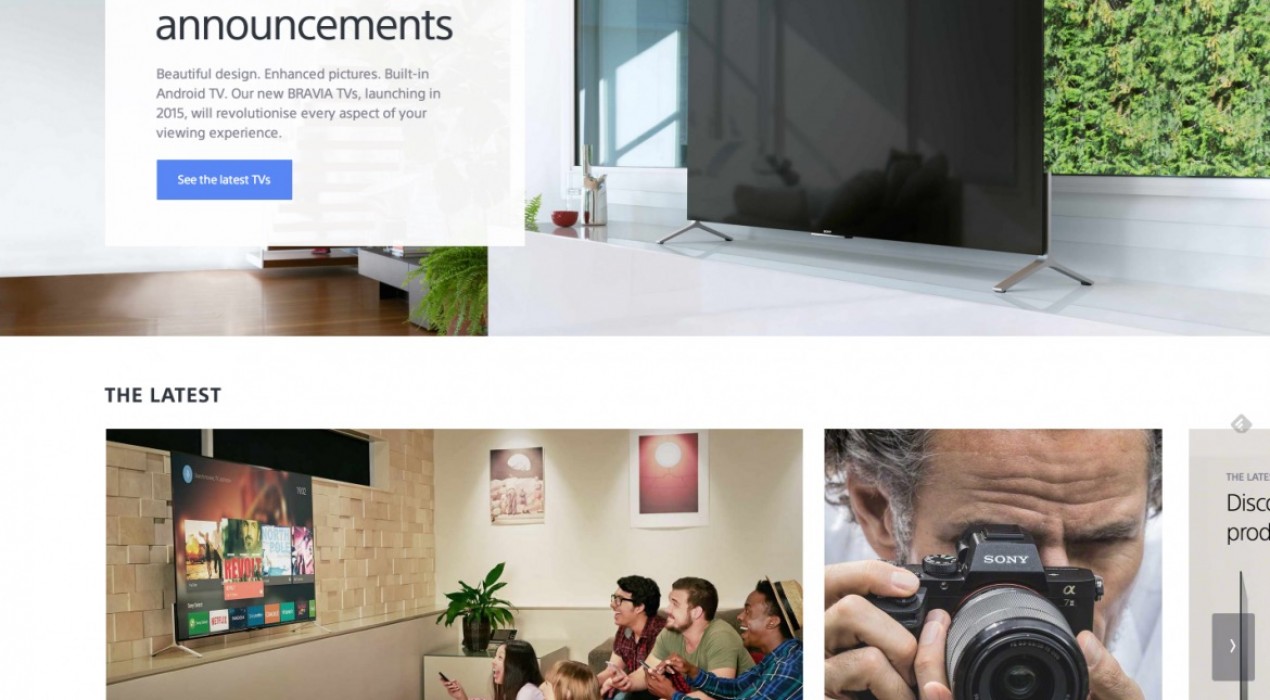 0
5888
4
Development
Vgarcia
Goal: Combine all of the individual Sony sites and create one massive site that can be used globally. Taking on a project like this required puzzle piecing a lot of different APIs, connecting to all Sony products and displaying the products only in the markets they are being sold it, including extensive language packs for all global markets and including fonts relative to the market.
Read More › 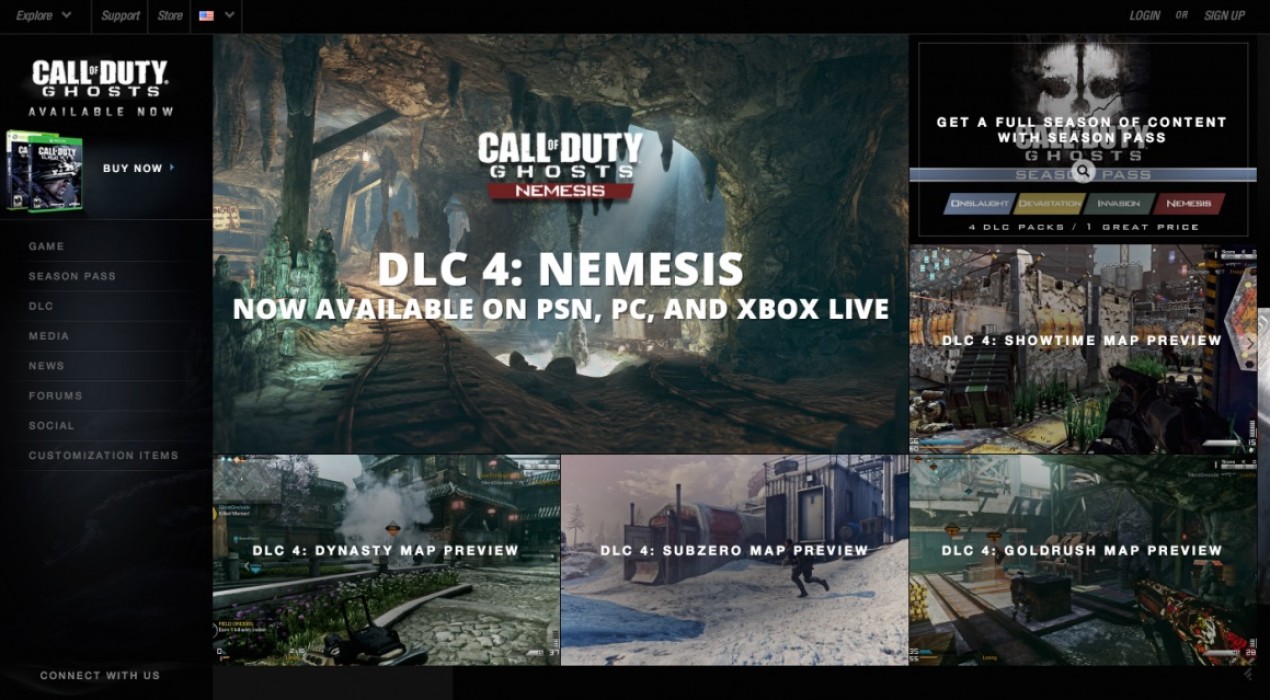 0
5568
0
Development
Vgarcia
Goal: Work with both internal and Activision teams to build a responsive site for Activision’s release of Call of Duty: Ghosts. First step was to build a standalone prototype then integrate our code into Adobe CQ5 where the site could live with the other Call of Duty franchise websites.
Read More › 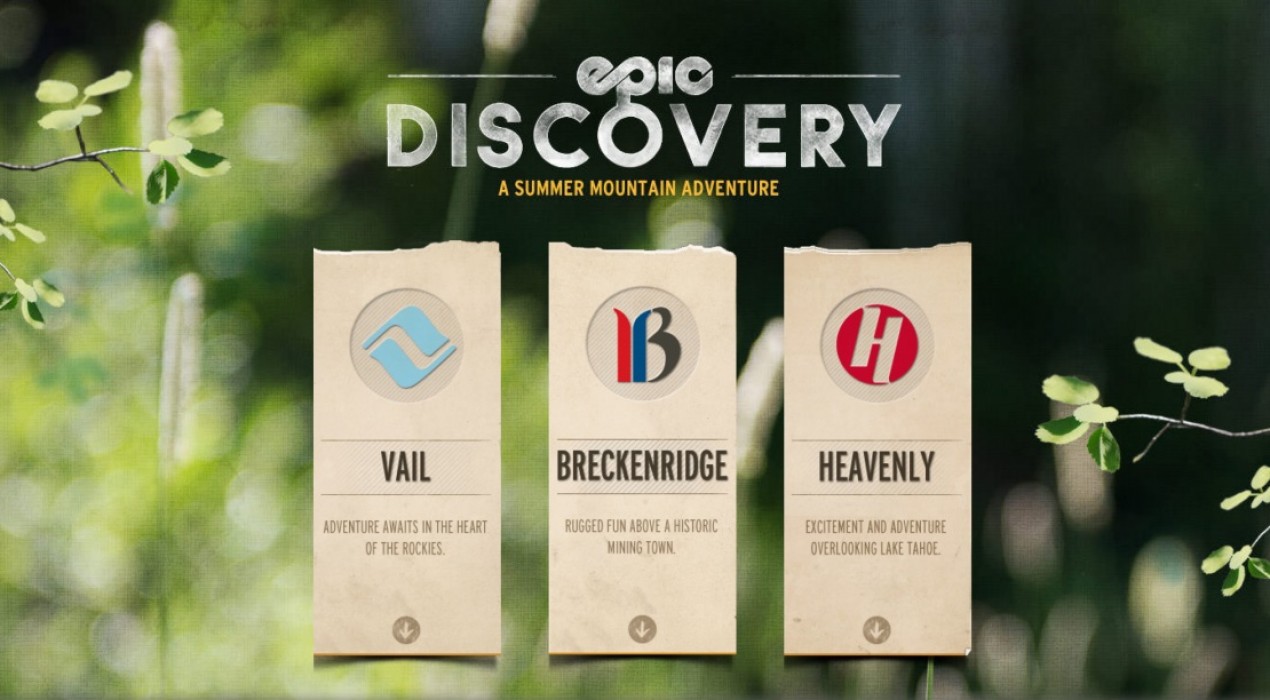 0
6101
0
Development
Vgarcia
Goal: Create a site that showcased the possibilities of how they could turn winter ski destinations into summer mountain adventure destinations.
Read More › 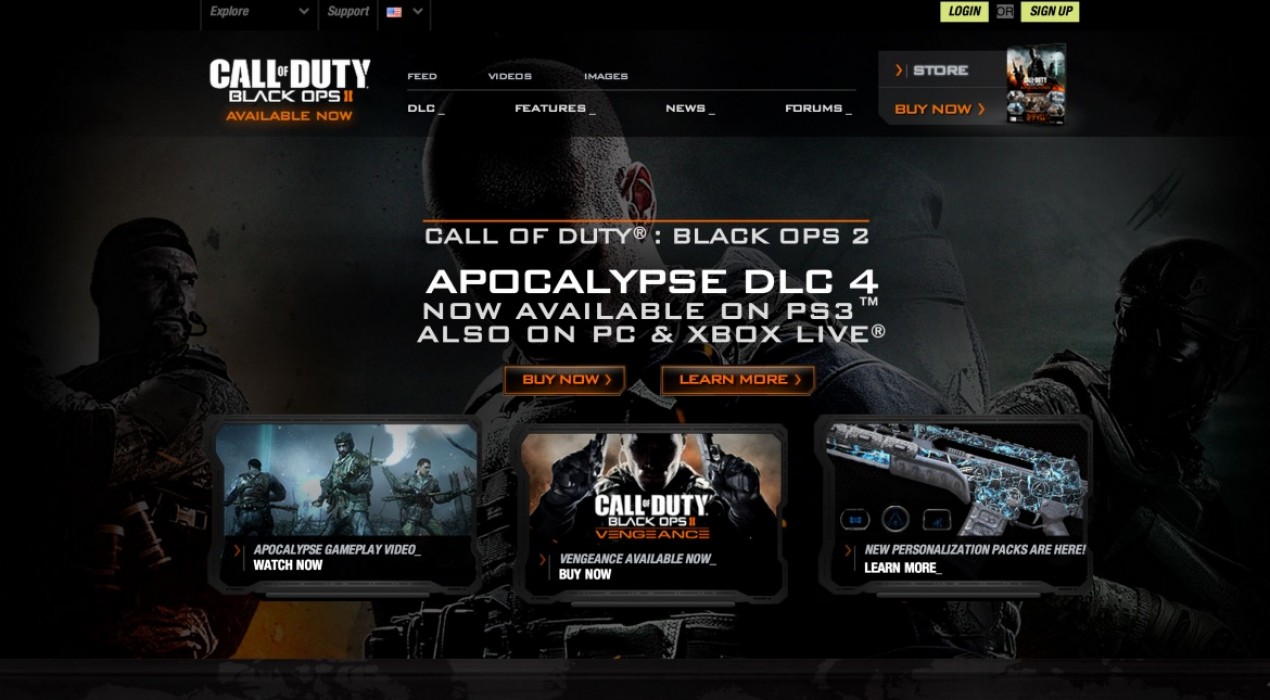 0
5457
0
Development
Vgarcia
Goal: Work closely with the Activision team to update the existing Black Ops 2 site–using Adobe CQ5 for a CMS–with new pages, promotional material, and content for periodic DLC releases as well as updating the retailer information where users could buy the DLCs.
Read More › 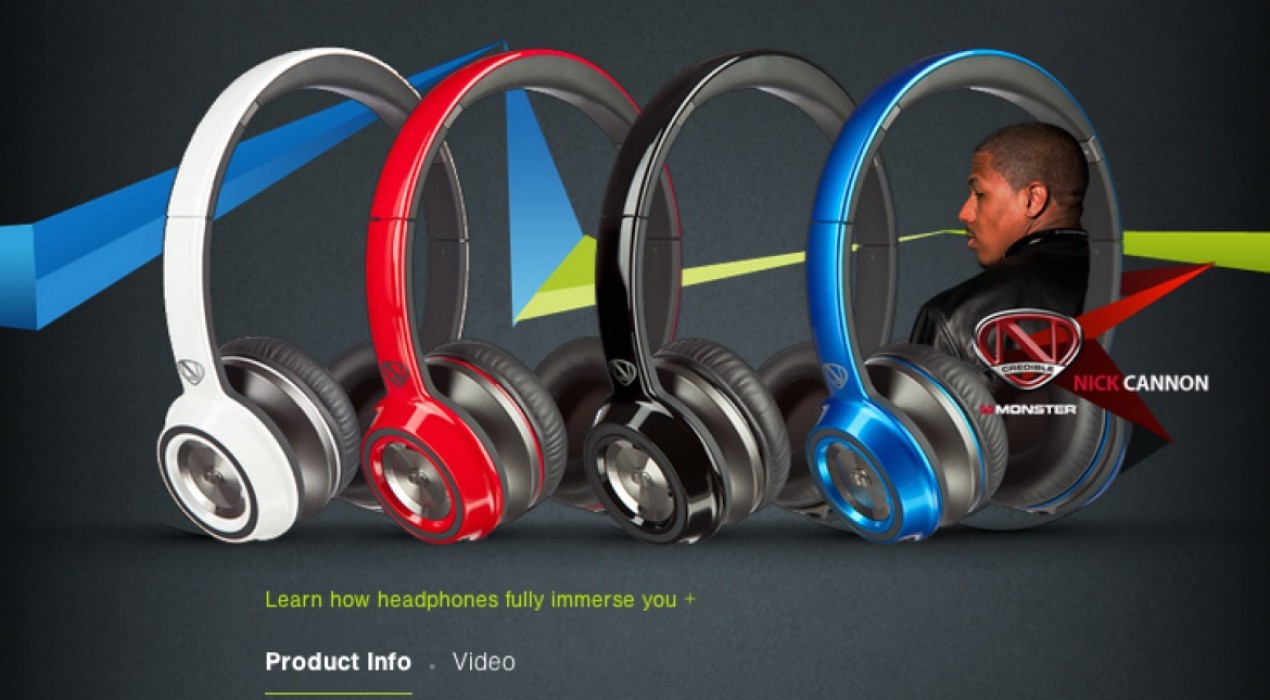 0
5572
0
Development
Vgarcia
Goal: Create a one-page experience within Walmart’s website that showcased many of their upscale audio products. Given that there were many categories and a limited amount of space to use within the site, the idea of an interactive environment that the user could “slide” through was a perfect solution and fit with the edgy branding of the audio companies featured. To make this happen, I integrated Scrollpage.js which had the functionality needed to create a quick and customizable site build that allowed me to move the user through content by taking them through different sections of one larger “map” within the page.
Read More › 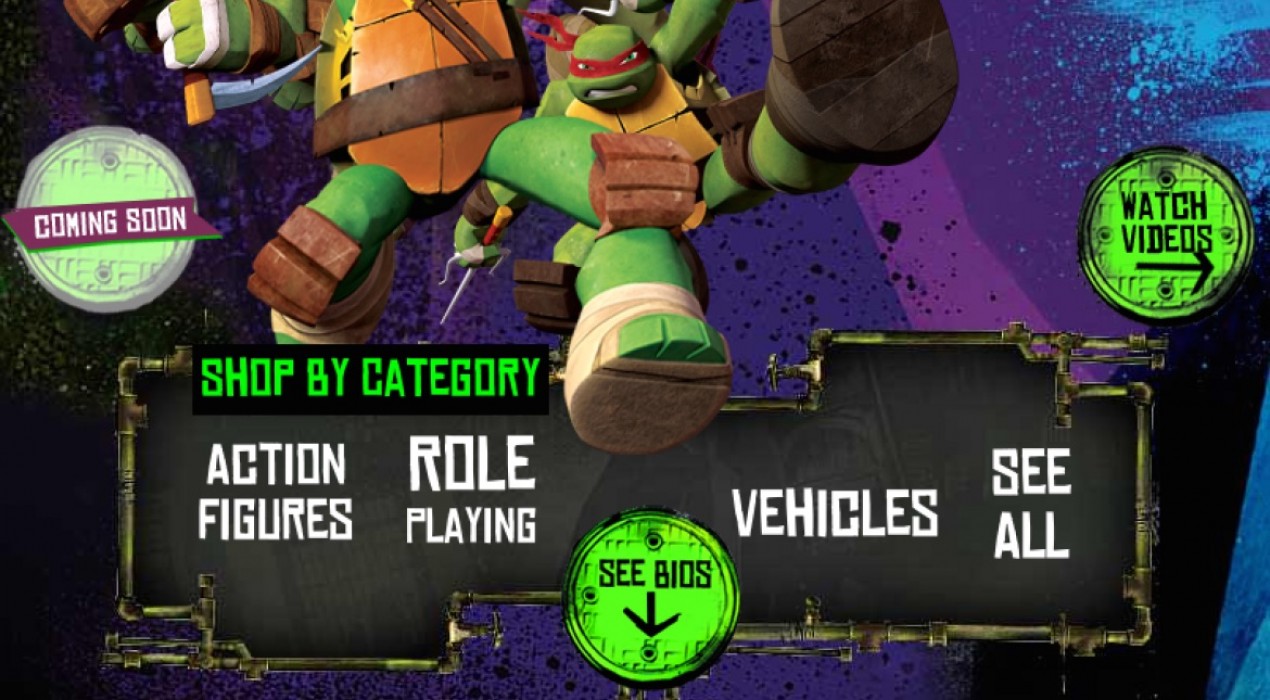 0
5527
0
Development
Vgarcia
Goal: The goal of this one-page experience within Walmart was to create an interactive environment for young children to experience the world of the Ninja Turtles while promoting some of the new products in support of the Ninja Turtles game that came out that year. The content included a video section that showcased clips of the new video game. A bios section for the Ninja Turtles included background, image and content color changes to coincide with each of the respective Turtles. This was done using Ajax and made for quick transitions of content without reloading the page. To really push the idea of 3D within the page, I added a parallax effect to transition between each of the sections. By moving pieces of content at different speeds, it gave the effect of moving through an 3D urban environment.
Read More › 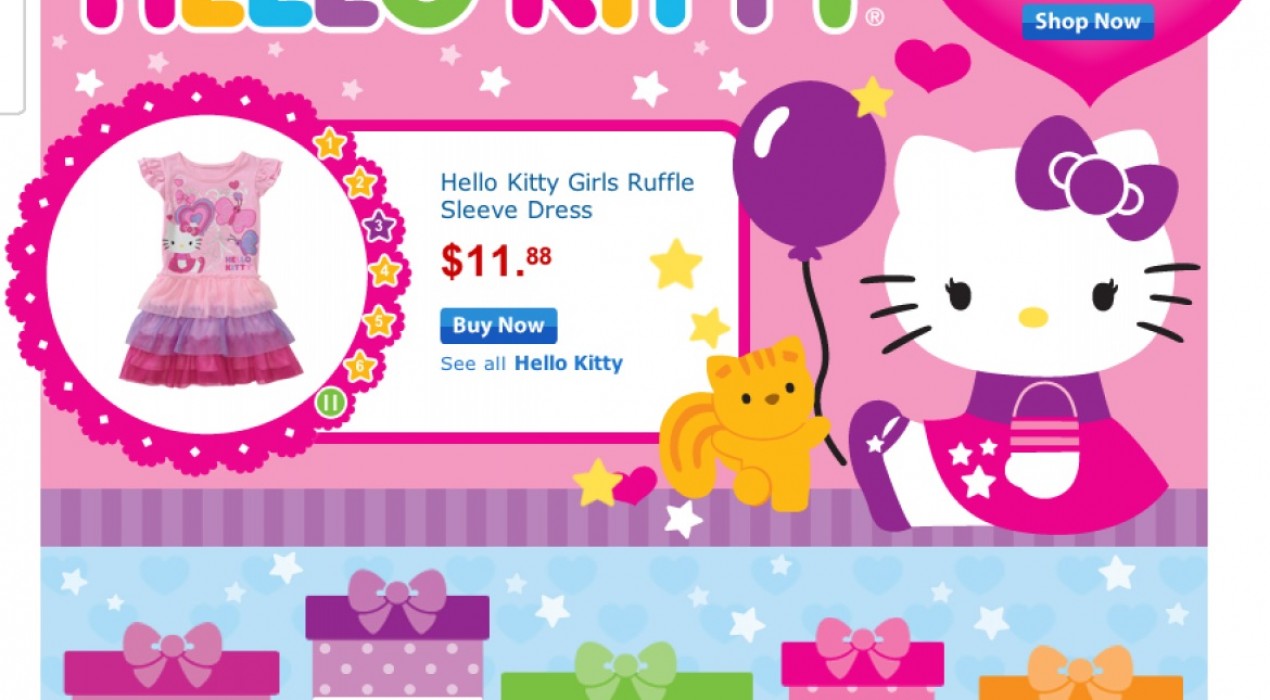 0
5578
0
Development
Vgarcia
Goal: The goal of this brand page within Walmart’s website was to create a playful interactive experience for young girls that included activities like coloring pages and paper charm bracelets, all showcasing Hello Kitty. To create this fun page, I needed to add interactivity via movement and animation within the page. Spritely was my main tool in this solution as I used it to make streamers pop out of of gift boxes on rollover events, balloon pops on click and a timed wink from Hello Kitty every so often. I also included some Javascript animations by having stars throughout the page occasionally spin or change size. Using these methods helped add a lot movement within the page without a big impact on site loading. Update: The page has been updated since my work on the site, but they seem to reuse a lot of the animations I had put in place.
Read More ›

0
5939
1
Development
Vgarcia
Goal: Create a refreshed look for the Telepictures brand that showcased all the shows that are created by the company. The site needed to feature a carousel and a list of image links that linked out to their respective show sites. I integrated Jcarousel for this purpose. Jcarousel was easy to integrate and highly customizable to set the automatic loop of slides and set the timing that was appropriate to give the user enough to process the content. It also made it easy to customize the content inside each slide with links, giving it much more functionality than a basic image carousel.
Read More › 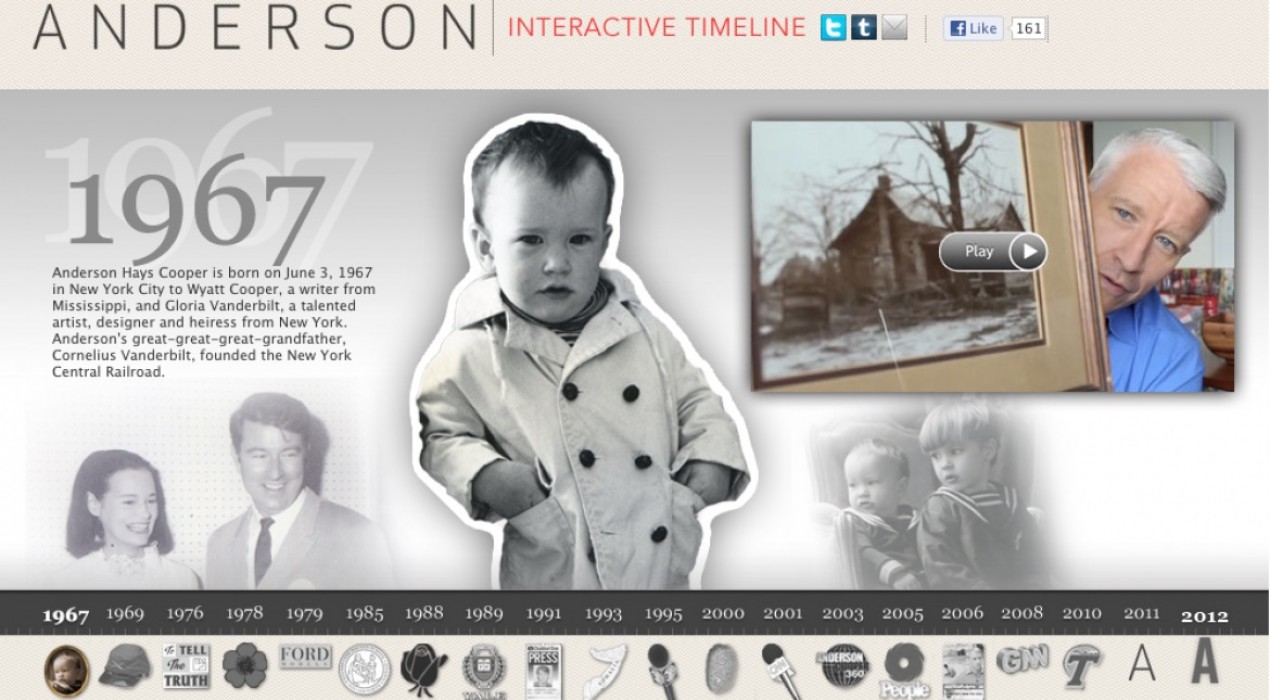 0
6765
1
Design, Development
Vgarcia
Goal: Build an interactive timeline for Anderson Cooper showcasing important and memorable events throughout his life and career. The idea was to build a stronger following of Anderson fans and promote his (then) new daytime TV talk show “Anderson”. This was my first project at Telepictures and required a skill in both Design and Development. Direction and content for each of the timeline dates, as well as a great deal of image and video assets that could be used through the site, were provided. The design process started by creating a couple different style guides that accurately represented Anderson as a professional news anchor but also as someone relatable to the audience. After choosing a direction to go with, comps were made for a couple of the events in the timeline to give an idea of how content would be played out throughout each event. Development started with a standalone prototype using HTML, CSS, and Javascript. There was a lot of movement asked for this project so I needed a solid way to support a transition between events that had multiple animations but didn’t bog down the browser in the process. Javascript animations were written as a module where each […]
Read More › 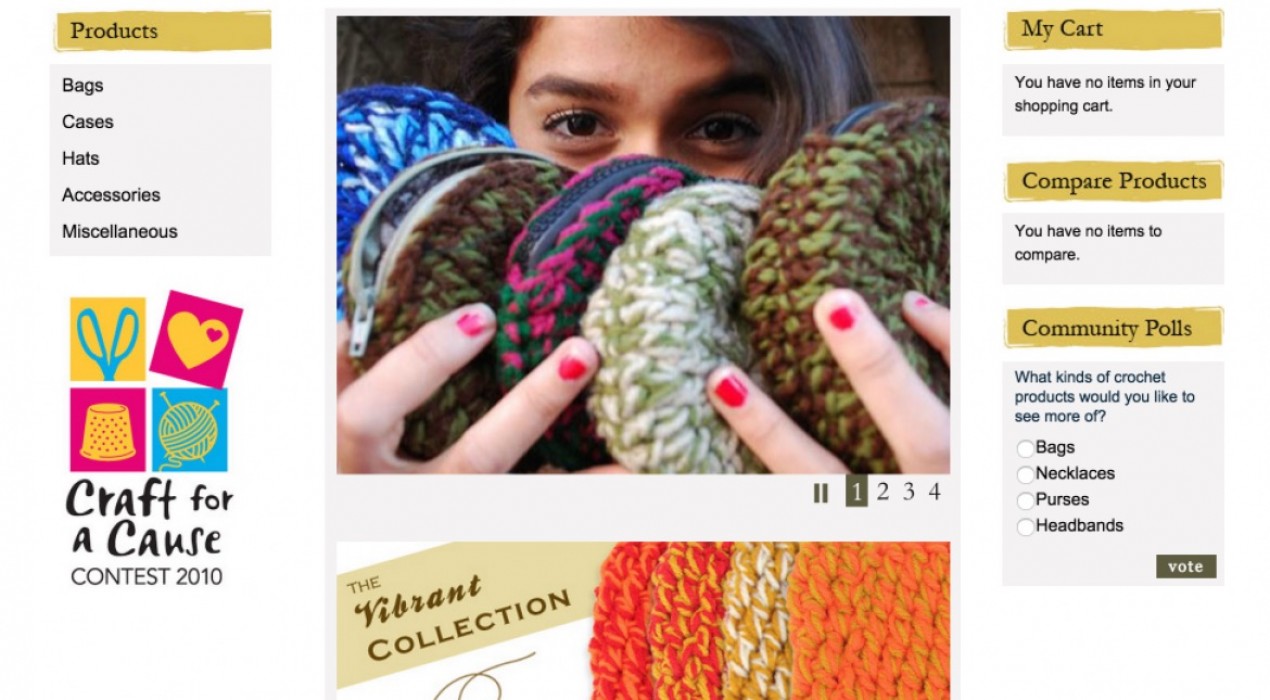 0
7052
4
Design, Development
Vgarcia
Goal: Create an e-commerce website showcasing handmade crochet products targeting a young female audience. The site would be an extension of a traveling shop that sets up booths at different festivals and events. It would showcase a larger product base than what might be offered at the booth and give the options of asking for custom made products that aren’t always possible at the booths. Since this was a personal project of mine, I went through the entire process myself, starting with identity design, moving on to the full site design. After researching many shopping carts, I decided to go with Magento as the features they provided aligned well with the needs of the site. Magento also gave me the ability to customize the site layout and design. The backend was understandable and importing new products was easy. Especially given that the product line changed quite often, that ease of use was essential to managing the site.
Read More ›